Trigger warning: non-graphic mentions of torture and death during the Holocaust

Coming face-to-face with the Holocaust
When we woke up bright and early the next day, our main focus was the tours we were due to embark on. We got breakfast at the hostel and were on our way. For the most part, I listened to Harry Styles’ self-titled release. (Because I am definitely in that stage of enjoying an album where a different track will strike me every week.) It was nice to watch the cars and bikes murals turn to trees and farmland on the reflective ride out of Berlin. 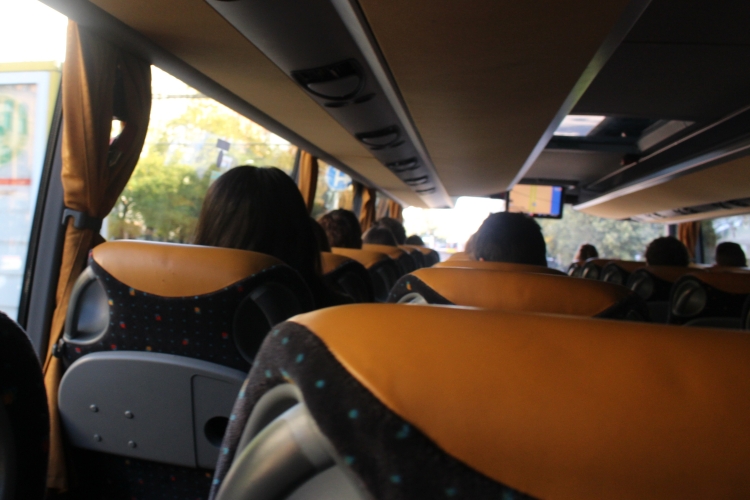 Of course, I didn’t forget why we were taking the trip to Oranienburg in the first place. We were going to Sachsenhausen, a concentration camp. Built in 1936 by other inmates, it was meant to be the ideal space of Nazi domination. Part of what made it “ideal” was its self-contained triangular shape and Tower A.

In this tower, a guard with a machine gun was able to fully survey the camp at all times. The roll call area was at the middle of the camp, so there would be nowhere to hide, so to speak.

This central area was also were executions were held. Not all deaths took place publicly, since some fates were meted out in the infamous Tower Z. But the executions meant to make an example out of rebellious prisoners? Camp inmates were forced to witness those after roll call.

First, political prisoners were sent there. Shortly after, Jewish people, queer people, people of Roma descent, people with disabilities, unemployed and displaced people  were sent there as well. Later on during this period, Baracks 37, 38 and 39 were used as holding cells for the Jewish prisoners that would be sent to Auschwitz. 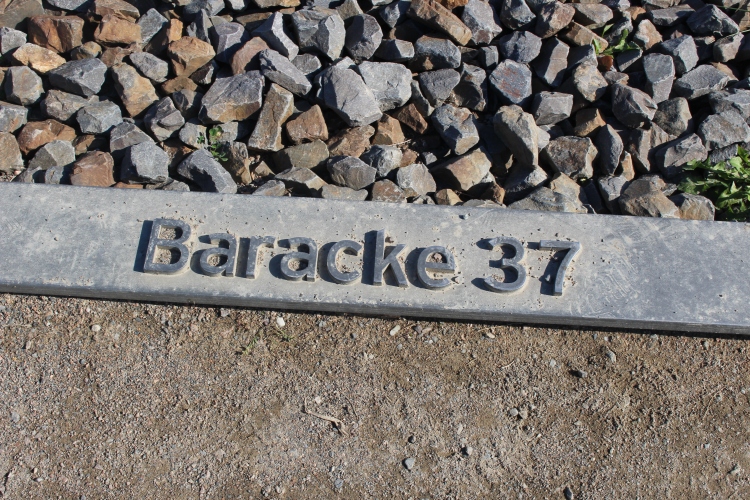 By the time it was all said and done, over 200,000 people had passed through Sachsenhausen. In 1945, when Allied forces were closing in, the prisoners were not liberated. Instead, most of the camp was evacuated. A fraction of the 38,000 remaining survivors were divided into groups of 500 to be marched away from the camp. Some prisoners died during this process from exposure to the elements. 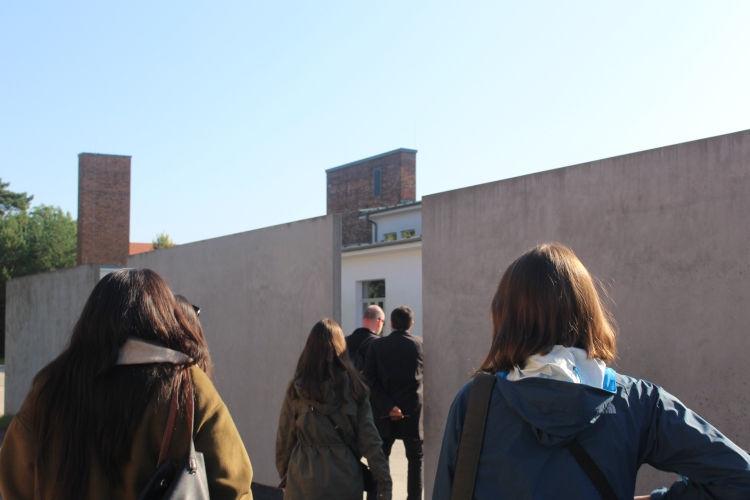 I had a visceral reaction to touring Sachsenhausen. As I was taking all of this in, I didn’t just feel sad. I felt incensed. I felt horrified. I felt disgusted.

At every level, whether it was the starvation imposed (nutritionists playing God by tinkering with rations, making them just enough to subsist on) or the physical labour demanded (testing shoes for Nazi bootmaking companies, assembling aeroplanes) or the psychological damage inflicted (the humiliation of serving Nazis at their leisure, forcing inmates to partake in the domination of others for survival), the Nazis were thoroughly sadistic. 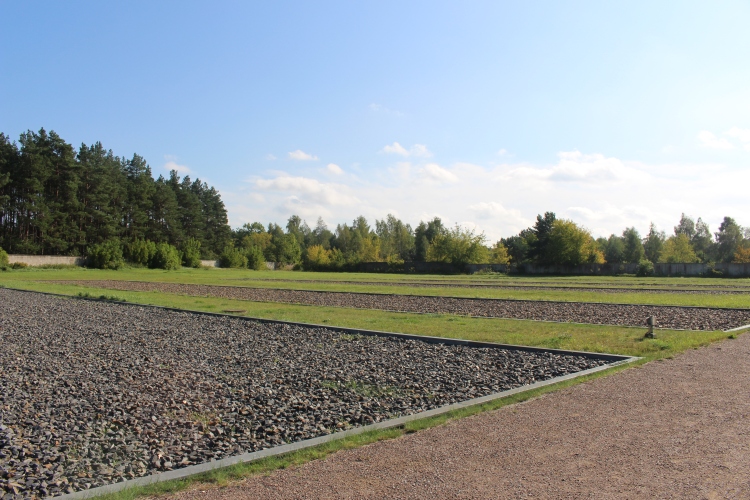 But actually being there, at the site of these atrocities, stirred up something more primal in me. Seeing, quite literally seeing, how the Nazis got torturing their prisoners down to a science was disturbing. I didn’t quite know what to do with myself.

Pacing through the Memorial to the Murdered Jews of Europe had been somber, but the energy at Sachsenhausen was more disconcerting. I didn’t quite feel “uncomfortable.” I just became overwhelmed thinking about what life must have been like for the people who had lived here. How could you not? Their slow, painful demise was laid out in great detail right in front of you. 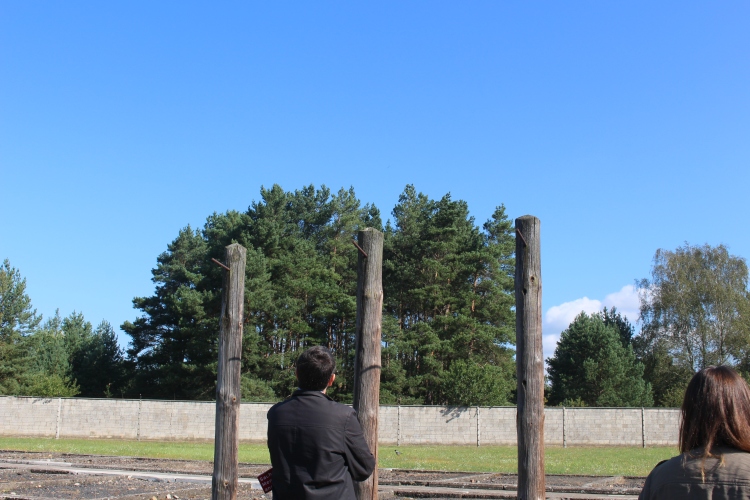 I think my rage became more pronounced when I thought of all of the people who had been complicit. From the tour of Sachsenhausen, I gathered the popular German narrative in public and in schools is that a small faction of evil men set out and succeeded to ruin hundreds of thousands of lives.

But the Nazi Party won its spot in a fair and free election. So what if most Germans who voted Nazi didn’t feel passionately about every aspect of the party’s platform. Enough voted to get that party in office. And like always, by the time a voter who has chosen wrongly regrets their decision, it’s too late.

Seeing the work that has been done to preserve concentration camps encourages me, however. Memorials to victims and monuments to the resistance are a very tangible reminder to never forget. Having been a hub of institutionalized oppression, Berlin looks like its got a firm grip on ensuring its people do not revert back to this dangerous ideology.

A neighborhood for all
The rest of the day was more low-key, to say the least. We got lunch at a café called Napoljonska, which served the best food I’ve eaten since I’ve been in Europe. Perhaps the best sandwich I’ve eaten in my life.

The combination was unlikely: beets, sweet potatoes, sprouts, cauliflower, a warm fragrant sort of hummus and the most beautifully crunchy + buttery bread I’ve ever had the pleasure to eat. I also ordered a hot chocolate, which was quite smooth and frothy and lovely.

Then we went on to our tour of Berlin’s Kreuzberg neighborhood. 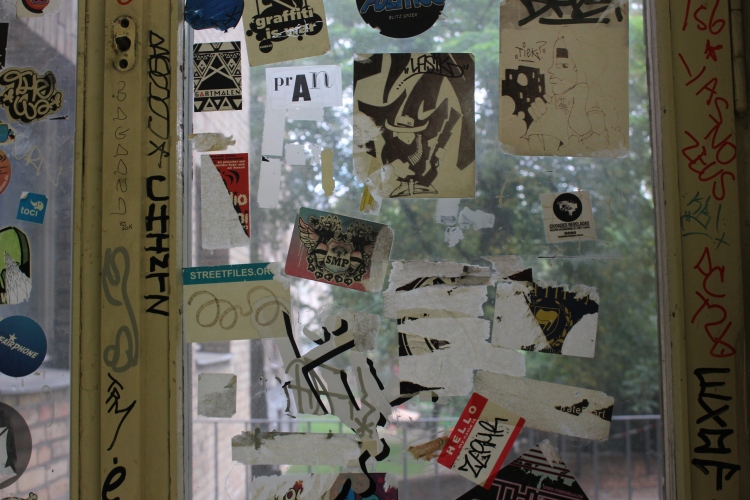 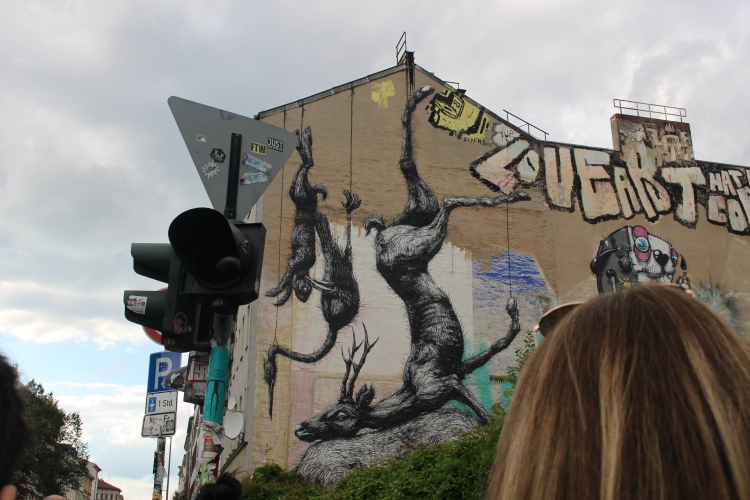 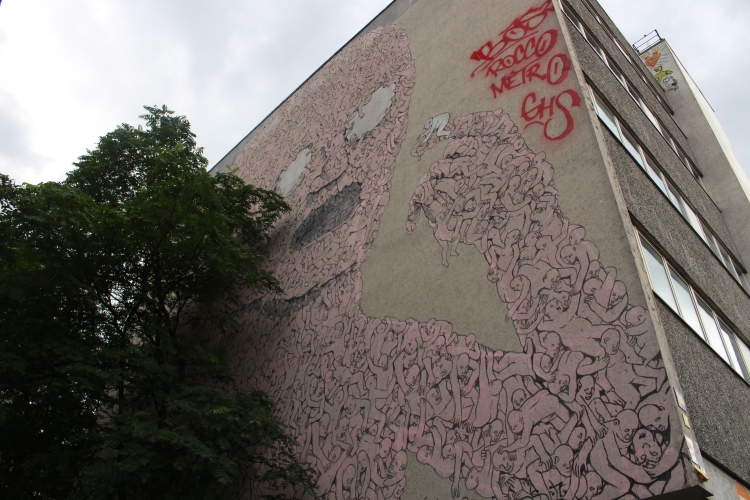 Apart from the historical importance of the visit, Kreuzberg was eye-candy to me. I loved how every inch of reachable street-post or power generator or bike rack (or even rec center window) is covered in stickers. I love how graffiti tags hang proudly about the place, comfortable, as respected and revered as the long-thought-out and expansive murals that make statements to the whole city.

I also love how woke Berlin is: it’s here for immigrants, for the gays, for the vegans, for the punks, for the normcore fashionistas, for the espresso sippers and patissiers, for toddlers in bomber jackets, and the leash-less dogs who are so good and pure!

Naturally, we closed the day on a higher note than the one we started on. (Walking along the waterfront at the golden hour, seeing another piece of the Berlin Wall and getting Korean food for dinner didn’t hurt.)

But this did not diminish Sachsenhausen’s impact. It opened up a pathway to frank and candid discussion about social justice issues that wasn’t there before for the group as a whole.

I think it’s essential, if you can bear it, to visit a concentration camp. Of course, personal mental health is of the utmost importance. But if you can stomach it, it’s important to see the places where these horrible events took place.

It makes it more real than anything you could highlight in a textbook or glimpse in a film or glean from this blog. Seeing the barren cells where people contemplated the price of freedom or the tracks where emaciated prisoners used to run in Nazi boots or the rusted barbed wire guarding freedom atop an impenetrable wall or the foundations of a soundproof room where people met their grisly end makes it all real.

View all of Caroline Colvin's posts.