Even though we left behind the Globe’s “Summer of Love” play season, my Shakespeare course didn’t quite say goodbye to the theatre. Sure, we’ll be seeing “Macbeth,” “As You Like It” and “Coriolanus” in other places. But we did make one last visit to the Globe for a tour and workshop. 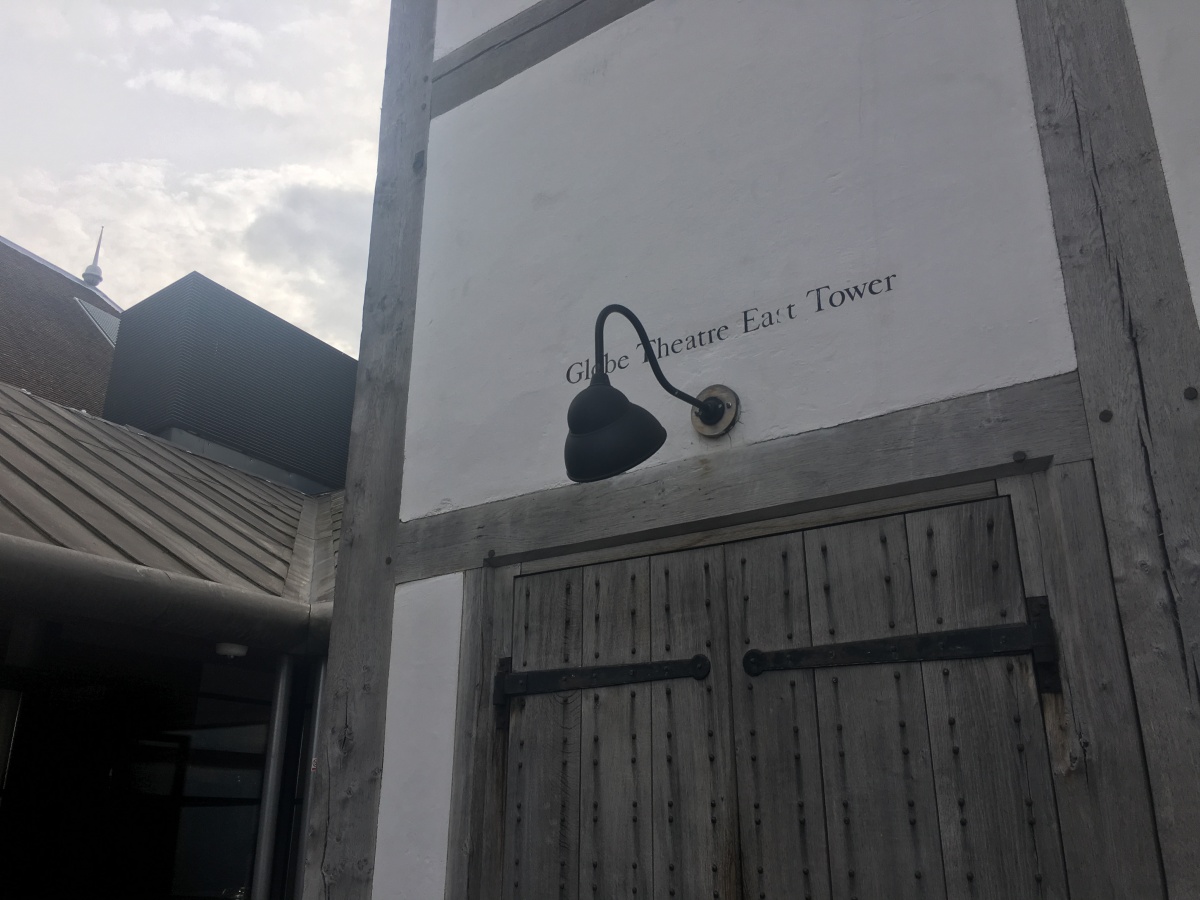 Like the rest of my peers, it was my third time going to the Globe. I found my way to the centre from London Bridge station without once referencing a map.

After entering the theatre, we learned about the viewing experiences of groundlings and the seated audience. Having seen “Much Ado About Nothing” and “King Lear,” we could at least attest to the groundling experience.

And then, much to my delight, we actually got to walk up the side steps and go into the “tiring house.” In modern speech, it’s what we’d call a backstage as well as a dressing room. It’s where actors go to retire and attire themselves.

Being Halloween and all, I got a real kick out the name for the pit. “Hell” is the place actors frequently descend to and ascend from during spookier shows.

Next to seeing a bit of backstage, actually standing on the stage made my heart sing.

Everyone else felt awkward delivering their line to the tour groups milling about the yard. Meanwhile, I don’t know if I was touched by the spirit of William Shakespeare or all of my brushes with the Bard had suddenly come rushing back to me in some abstract, spiritual form. But I was absolutely lit!

I rode that high all the way to the workshop in the nearby Globe studios. 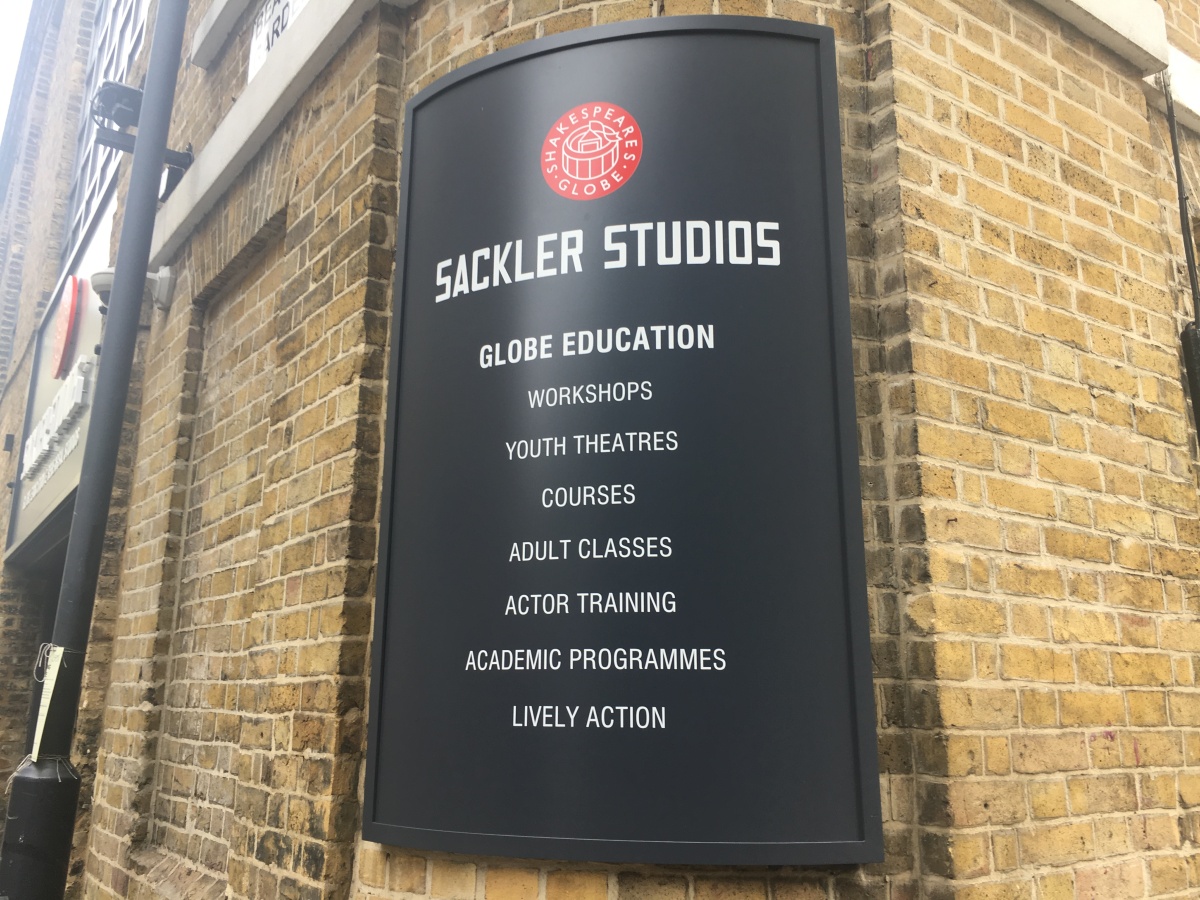 (An aside: if you haven’t read / performed / seen “Much Ado” before, “tense-but-flirty” just about sums up the whole play.

Also, the term “gulling scene” is used to describe the parallel moments where Beatrice’s and Benedick’s crews let themselves be heard talking about how smitten the other character is with them. It’s basically to confirm that yes, they both like each other and should stop with the Chuck and Blair, will-they-or-won’t-they routine.)

As always with this course, learning how Shakespeare’s text gets translated into action was super insightful.

And “Much Ado About Nothing” is a weird play for that reason. Most of the time, Shakespeare makes people speak in verse. Like, “iambic pentameter” is just as much apart of your Shakespeare Starter Pack as “Stratford-upon-Avon” and “But soft, what light through yonder window breaks?”

But “Much Ado” is mostly prose. Given how much Beatrice and Benedick are constantly roasting each other and showing off their wit? The abundance of dense prose makes a whole lot of sense. 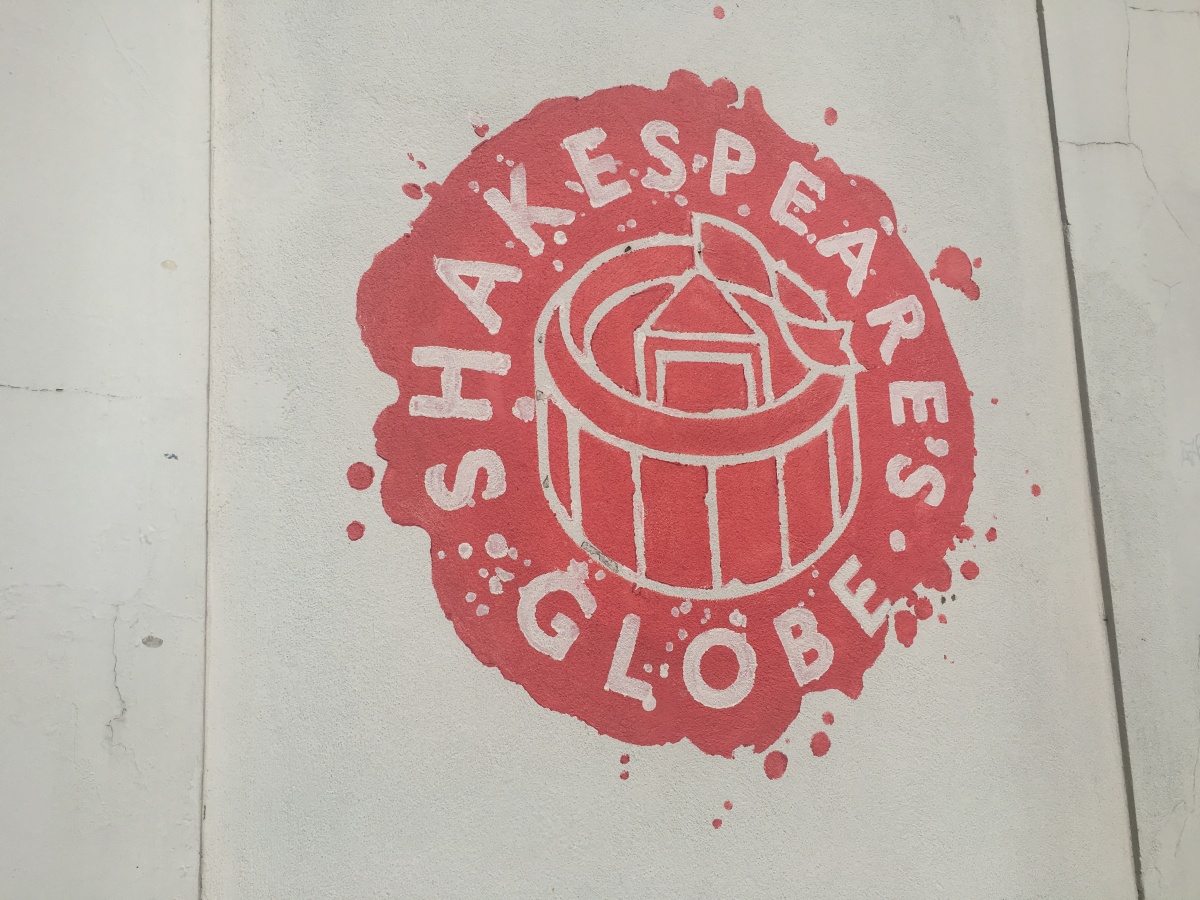 When we switched over to working with Act V, Scene 2, that’s when the fun really began. We broke off into pairs as Benedick and Beatrice. We ran lines five times in different ways.

The first time, we went through our lines focusing on pronouns and pointing to whoever was referenced with each one. Then we ran lines where we interrupted our partner before they could finish.

Next, we sat back and listened to our partner. Once they finished, we would ask them about a word they mentioned in their line before delivering ours. After that, our goal was to thwap! our paper for emphasis. And lastly, we had to announce “I want to be here” before moving around and delivering our line.

Each exercise clearly teased out a different aspect of blocking a scene. The pronouns, emphasis. The interruptions, the scene’s progression. Re-iterating one of our partner’s words forced us to pay attention. With this particular scene, it sometimes felt a bit mocking and facetious. But that was on-brand for Beatrice and Benedick. Slapping the paper, the tone. “I want to be here,” conscious body movement.

The last three exercises lent themselves quite well to “Much Ado.” There are already instances of repetition in the text (“then,” “foul” and “suffer love”) to play with. The exercise where we slap the paper really got people going. It teased out the sort of indignant, angry streak in the exchange. Thinking about the two lovers, it got to the passion behind their roasts.

And finally, having to make pointed decisions about the physicality of each role pulled it all together in a really new way for me. There are so many moods wrapped up in one scene. I picked up on this when each Benedick and every Beatrice had to make the choice to move closer or further away from their partner. Do you play up Benedick as eager or afraid of commitment? Is your Beatrice cool and completely savage? Is she vulnerable? A mix of both?

Overall, I had an absolutely lovely time at the Globe today. I’m sure I will be back. If not for school, I’ll make an excuse to go.

I mean, I’m definitely going to peruse Borough Market before the semester closes (I finally visited the Globe at an hour when both were open and it looks as neat as I expected). And since Borough Market is so close, who’s to say I won’t enjoy a little stroll along the bank with a sizzling prawn wrap from Applebee’s Fish.