It’s been a few hours since class ended, but I am still processing Ashgar Farhadi’s 2011 film, “A Separation.”

I am not still working through “A Separation” out of confusion. To the contrary, Farhadi is an excellent and meticulous storyteller. I am just astounded at the delicate, painstaking, edge-of-your-seat way this suburban mystery unfolds.

While never boring, “A Separation” comes off as front-heavy with its extensive scene-setting, character-studying and foundation-building. But if you keep with “A Separation,” all the twists and turns of the second half are worth it in the end.

Nader and Simin, an Iranian couple in their late 30s, are on the brink of divorce. Dissatisfied with the slim opportunities for women to succeed, Simin wants to take their daughter Termeh and emigrate from Iran. Nader says Simin can leave, but that he won’t agree to a divorce and their daughter can’t go with her.

The allure of a better life elsewhere means nothing to Nader. His father, who has Alzheimer’s, lives with them. Nader feels obligated to take care of Grandpa until his dying breath.

Simin packs up, but doesn’t actually leave. She stays with her mother. Meanwhile, life has to go on. Sixth-grader Termeh continues with her schoolwork. Her tutor still comes over.

The measure makes sense, since Simin is gone. But this is where we watch everything begin to fall apart. Care-taking is hard work for Razieh, who brings her toddler-aged daughter Somayeh along with her.

And beyond the physical, Razieh carries with her spiritual burdens as well.

Taking out split and leaking trash is one thing. The consequences a woman meets under Sharia law for undressing and changing a man, even when he has soiled his pants like Grandpa, are something else. The involvement (or lack thereof) of Razieh’s husband Hodjat makes matters even more complicated.

Wrapped in the gauze of shame and lies, one tragic incident unravels the stability of Razieh, Hodjat and Somayeh as well as Simin, Nader and Termeh.

This shift in narrative is what makes “A Separation” delicious to watch. The exposition is thoughtful, with all of its clues and hints there for you to see. Of course, you don’t realize these are puzzle pieces until the characters  retrace their steps much later.

“A Separation” is a whodunit through and through, although probably unrecognizable to American audiences. The film remains free of your average, American thriller’s blood splatters.

For a family drama, too, it’s largely missing America’s loud-mouthed interpersonal aggression and barrage of snark.

Instead, the film proceeds quietly and tensely. Often, Farhadi wants us to think more about what is unsaid. You find yourself leaning in to listen to the story the images are telling you.

Even when characters hold each other at arm’s length or obscure themselves behind glass, the camera work makes “A Separation” feel intimate.

Everything about the language, the cinematography and the acting makes each rise and fall of the plot feel personal. Which means, as a viewer, you feel like you have something at stake as you’re watching Farhadi’s film.

And, yes, Simin and Nader’s struggle to divorce is addressed in the end. But by the time we get there, we’ve all been on such a joyride that their separation is the least of your concerns. 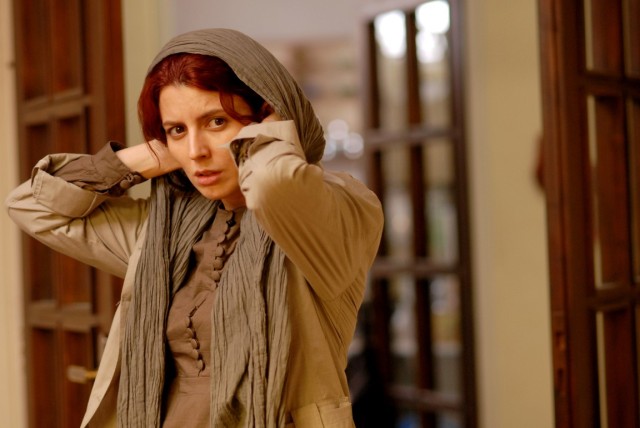